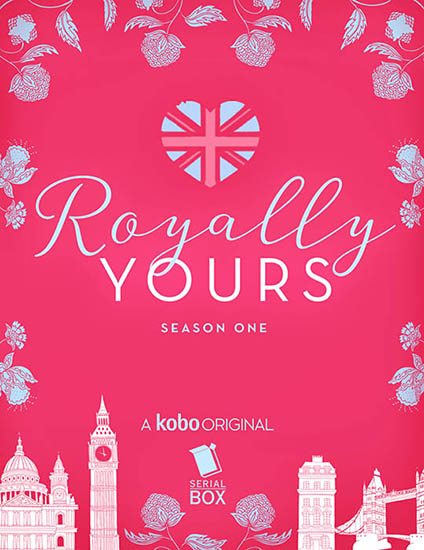 One day. Five couples. The most anticipated wedding in the world. But this story’s not about the bride and groom, the dukes and duchesses, this story is about the palace maid with a heart of gold, the milliner who dreams of seeing her designs adorn the pews, the American bodyguard who learns some British charm, the paparazzo after that one great shot, and the ordinary girl who dreams of being a princess. Rumors of a missing bride threaten to ruin the day, but nothing can stop the romance running rampant on the streets of London the day before the royal wedding.

The Maid and the Gardener, Episode 4 by Falguni Kothari

Jasmin is a lady’s maid in Buckingham Palace, but when she discovers the bride’s bouquet destroyed she’s terrified she’ll get the blame as she is in charge of keeping it hydrated until the ceremony. This isn’t just any bouquet, the royal bouquet must be made from specific flowers from a specific royal garden. Enter her longtime friend and ruggedly handsome gardener, Benjamin. Together they race between royal gardens to reassemble the bouquet, and maybe finally admit their feelings for one another.

Excerpt
Read about Royally Yours at The Bookseller